How To Give Up Hope 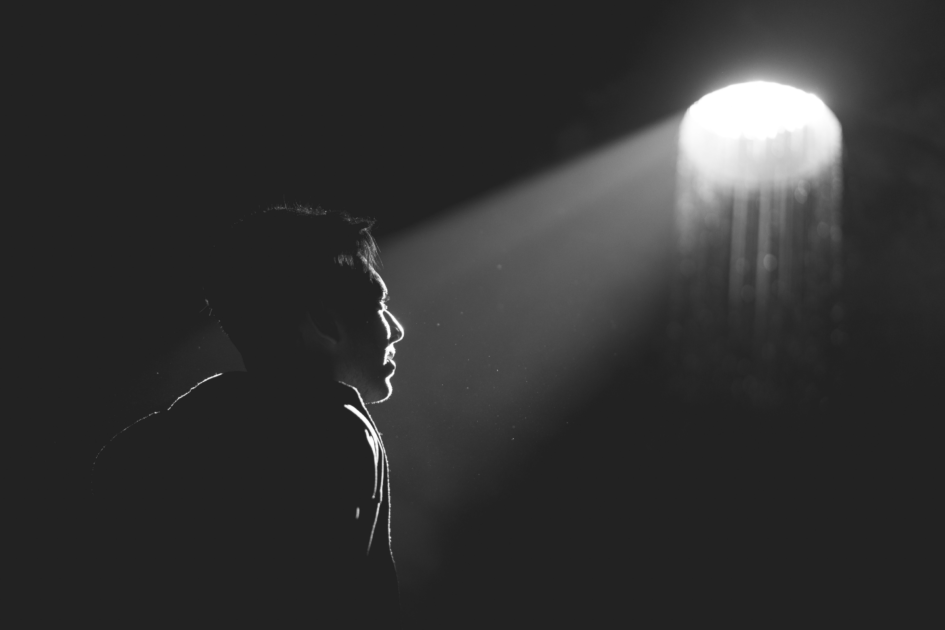 I’ve been holding on to a glimmer of hope.

That I can save my marriage. Our family.

But I think it’s just causing me more pain and stopping me from moving forwards.

The future I imagine, I crave, is a fantasy.

The three of us together. Me, my wife and our daughter.

A happy, loving household. Together.

I want that more than anything.

At least I think I do.

But what I need, is another thing.

Holding onto that picture makes me sad. It makes me cry.

For the loving innocence of a time that won’t be.

And it’s almost too much to bear.

I know it’s ok to grieve. Ok to feel.

Not just ok, but necessary.

And I do, and I will. Again and again. For a long time.

But, for all the sadness and grief and longing, I don’t think it’s helping.

In fact, it may be holding me back.

From becoming who I need to be, to be happy.

The irony is that the mindset I adopt when I feel this way is the opposite of what would make her respect me again.

Passive and powerless. Like a child desperate for their mother’s love.

Wanting to be rescued. For everything to be ok.

But nobody is coming to rescue me.

And perhaps the pain of this situation, and the self-sufficiency it will take to overcome it, is what was needed for me to see that.

So, as hard as is, I’ll try on a different viewpoint.

What if she’s right?

That we’ll be better off when we’re not together.

That even our daughter will be better for it, in the long run.

My first instinct is to push that thought away and fight it.

Like an enemy that’s come to trick me, and take away everything I care about.

And that’s ok, I suppose.

It’s not meant to be easy.

What am I afraid of?

I’m afraid of losing my family.

I’m afraid of how much I’ll miss by not living with my daughter.

I’m afraid of a lifetime of pain and regret, that it was all my fault.

I’m afraid of having to go through the process of dismantling our home.

Saying goodbye to the house Cadence could, should, have grown up in.

And having to give our dog away, as neither of us will have space in our new, smaller homes.

I’m afraid of the impact it will have on my two-year-old girl, as she tries to make sense of why mummy and daddy aren’t living together anymore.

I’m afraid that it will hurt her. And she’ll think it was her fault.

I’m afraid it’ll put distance between us. And that it could have been so different.

And that it was all my fault.

I acknowledge that all of that is real. In the sense that it’s how I feel right now.

And nothing can change the fact that things won’t be the same.

But I also acknowledge that there is more than one way to look at things.

These things are also true:

It’s true that my wife and I haven’t been close in a long while. Not in a romantic way.

And it’s possible, seeing it now from this angle, that there was always a divide between us.

It was just harder to notice when we were caught up in the first exciting flurry of our relationship.

It’s true that I’ve usually been the one to accommodate her preferences.

She’s such a strong personality that it was easy to just go along for the ride. And to be fair, she led us on some amazing adventures.

But being a passenger on her journey isn’t enough. For me or for her.

It’s true that we are very different.

And although we’ll always have in common the one thing that’s most important to both of us, our little girl; we see the world quite differently.

In fairness, sometimes opposites attract. But not when the poles get too far apart.

It’s true that Cadence doesn’t see her parents hug and kiss and show affection to each other, as they should.

I don’t know what effect that has on her model of relationships, but it’s not what I want to show her.

Whether us being apart would be any better, I don’t know. But at least it wouldn’t be a lie.

It’s true that she won’t consciously remember this time.

That doesn’t mean it won’t affect her. Of course it will.

But she’s probably more resilient than my projected sensitivities imagine.

It’s true that when I’m brave enough to imagine myself striking out on my own, there is a whisper of excitement there.

Not the overwhelming emotion by any means. That’s still fear.

But something inside me is activated.

It’s true that, as it is, I only see my daughter four days a week, because I work long hours.

Yes, I’ll miss those occasional moments in the mornings or evenings when I happen to catch her.

But I’ll still be in her life a lot. I’ll make sure of that.

It’s true I’ll have to find the balance between free time to myself and maximising daddy-daughter time.

But that will make our together-time even more special.

And I’ll have to be discerning about what really matters in my life. And make every day count.

It’s true that being on my own for the first time in my life, I’ll have to step up and do everything for myself.

Which is a good thing. No more relying on someone else to take up the slack.

And that can only make me a better, happier person.

It’s true that the story of my life will involve going through a divorce. Something I never wanted to happen.

But the story is far from over. There are many more chapters ahead of me.

And many ways I can fill my life with beautiful moments, and stories worth telling.

Reframing it like this doesn’t change the fact that this is a difficult and shit situation.

That I’m scared and I don’t know how to deal with it.

Or that I’ll grieve the loss of my family and our home together. And a future that, maybe, we could have had.

But it does allow me to shift my hope in another direction.

To loosen my grip on a fantasy that’s just making me sad, and weak.

To look to what I can do, instead of what I’ve lost.

Photo by Ahmed Hasan on Unsplash